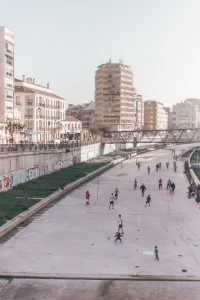 Culture lovers will be busy for days given the variety of relevant attractions Malaga has to offer. From impressive contemporary architecture and elegant Baroque churches to traces of the city’s Moorish history, Roman and Phoenician remnants, or a Benalmadena boat party, you get to experience culture right in the middle of the city. As the city looks establish itself as one of Spain’s cultural capitals the Malaga’s varied collection of museums appears to be increasing with every new dawn. Malaga City Centre

You can find exhibits of Picasso’s works, Malaga’s most popularly known son, dating from the end of the nineteenth Century to his demise in 1973 on display at the Museo Picasso Málaga. The museum, which is only a short distance from Picasso’s place of birth on Plaza de a Merced – now a museum – is situated in the Palacio de Buenavista. On top of there being a highly rated cafe and shop visitors will also be happy to note that the attraction usually has at least 3 exhibitions (temporary) displaying Picasso’s contemporary works. Tip from An Insider: Be sure to buy tickets over the internet before your visit given the popularity of this attraction. With advance tickets you do not have to line up to get into the museum.

Touring The Cathedral’s Domed Rooftops With A Guide

On the site of the city’s main mosque, the construction of the cathedral started back in the sixteenth century. The cathedrals extended construction period can be seen in the Baroque, Renaissance and Gothic elements it bears; its lop-sided look is due to the fact that one of the towers was never built to completion. You will find an Alonso Cano painting, Pedro de Mena sculpture, a couple of organs dating back to the 18th century, and carved choir stalls, as the main features. Useful Tips: Enjoy unrivalled views of the city centre by taking a guided tour of the domed roof tops of the cathedral after climbing the 200 steps to the top. You can buy tickets for different times of the year from the Palacio Episcopal.

Check Out Andalucía’s Most Expansive Museum

With the completion of the remodelling of the eighteenth century customs building, Malaga’s extensive fine art and archaeological art collection now has a home, an opulent on at that. You will find a wide variety of fine art exhibits featuring Malaga’s best selection of artists and 2000 archaeology pieces, including a 6th century Corinthian mask, Roman marble figures and Moorish ceramics among others, in this gigantic museum. Useful Tips: Be sure to check out the amazingly tall palm trees in the courtyard and take in the 6,000 tiles lining the roof decorated with Malaga engravings while at the museum.

Immerse Yourself In The City’s Moorish Past

You will find the Alcazaba, nestled on Mount Gibralfaro, which is overlooking the city strategically. The city’s Moorish history is perfectly depicted by this well-preserved historic attraction. The Alcazaba was used as a palace and fortress after it was built by Moorish rulers back in the eleventh century; the recycled Classic columns point towards its Roman origin. Moorish ceramics and Roman mosaics are on show at the site’s archaeological museum. Useful Tip: You can take a lift to the site from the Calle Guillen Sotelo street level entrance that’s just behind the Ayuntamiento if the ascent from the town appears to be too demanding.

Check Out The Centre Of The Local Dining Scene

Be sure to check out Malaga’s dining centre, the Mercado Central, which translates to the main market in English. You will find stalls of plump fish, legs of jamón and glistening and vegetables in this impressive wrought-iron building which dates back to the nineteenth century. Considered to be a great place to get some lunch; you can enjoy fresh fish grilled to your specification or some tapas after grabbing a chair at one of the stalls in the building. Useful Tip: Be sure to check out the fourteenth century Moorish arch on the southern facade, considered to be the site’s hidden gem. Yusuf I of Granada, who is also credited with having commissioned the Alhambra’s Puerta de la Justicia, a famous Andalucía gateway, built it as a passage between the port and the city.